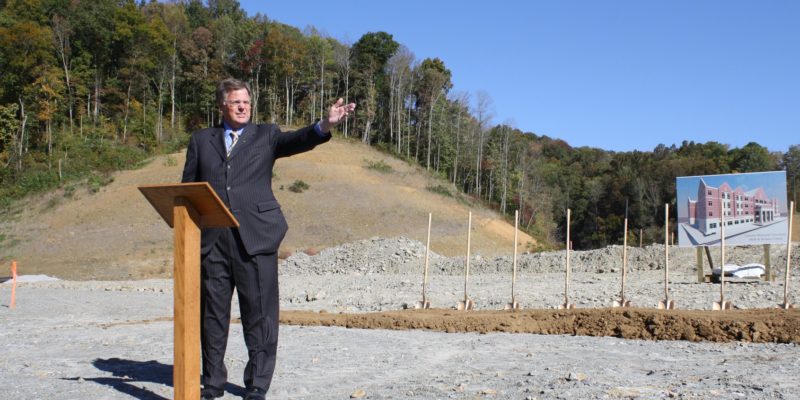 Pete DeBusk is a true entrepreneur. He started from humble beginnings growing up in coal mining towns in the Appalachian Mountains. In his “Act 1,” he founded DeRoyal Industries, a major manufacturer of medical products with 1,900 employees and facilities in a half-dozen countries around the world. Today, the company manufactures over 20,000 different products.

Back in 2000, Pete began to step-away from the business turning the day-to-day operations over to his son Brian. He admits it was a difficult transition for him. Coinciding with this corporate leadership change, Pete was asked to serve as Chairman of the Board of his alma mater, Lincoln Memorial University (LMU). And that’s when his second act began.

He’s been LMU’s Chairman for 21 years now and Pete has rebuilt the school using the same playbook that he used at DeRoyal Industries. According to Pete, “You find niches and you fill niches.” Under his leadership, LMU has added a medical school, law school,  veterinary school as well as dozens of new majors that have helped the University grow by 1,500%.

As Pete shares in this episode: “I’ve built DeRoyal for my own personal use. Of course, it was a business. LMU you’re doing it for somebody else. You’re doing it to help people who would otherwise not have the opportunity to get a better education to grow in professional fields. Because it’s hard to come out those Appalachians and get into graduate schools and get into stuff and a lot of people give up before they get started.”