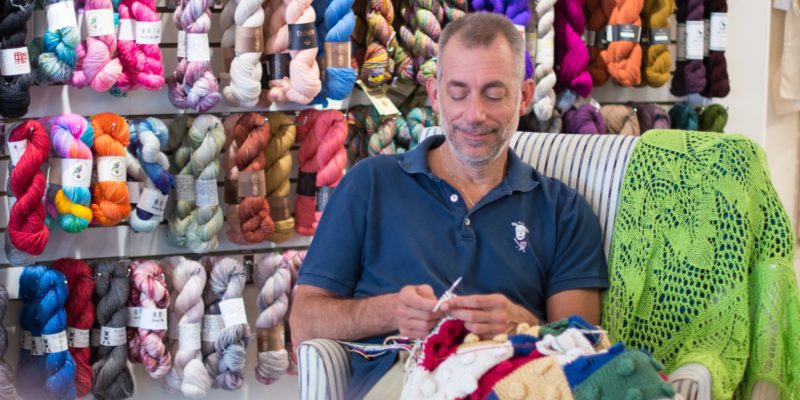 Russell Brent learned how to knit from his mother at seven. But he put away his knitting needles at a young age after hearing the phrase “boys don’t knit.”

In his mid thirties, Russell started knitting again — making baby gifts for friends. And he found he really enjoyed it — “it was easy…it was meditative.” His hobby grew into a new vocation and today he is the owner and proprietor of Balzac and Company, a yarn shop in Ocean Grove, New Jersey.