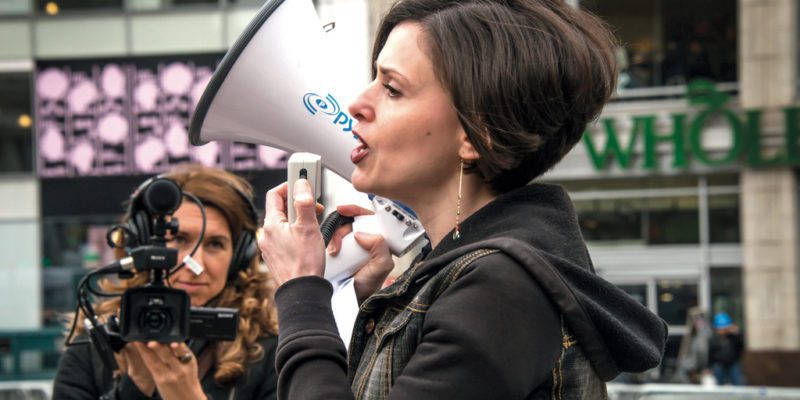 Fraidy Reiss’ story is among the most inspiring tales we’ve ever profiled on the Second Act Stories podcast.

Part of the Orthodox Jewish community in Brooklyn, New York, Fraidy was married at the age of 19. It was an arranged marriage to a man she barely knew. He demonstrated a violent streak within a week of the wedding punching his fist through a wall and threatened to kill her. Over the next twelve years, she feared for her own life on a daily basis. But she eventually she found a way to get a college education, achieve financial independence, divorce her husband and escape with the custody of her two daughters.

Today, she is the Founder and Executive Director of Unchained At Last, the only organization in the United States dedicated to ending forced and child marriage through direct services and advocacy.

Want to learn more about Fraidy Reiss and Unchained At Last? Check out her TED Talk on YouTube and visit the Unchained At Last website. Fraidy is also featured in Bruce Feiler’s book “Life Is In The Transitions” (which is how we first heard of her) and Hillary and Chelsea Clinton’s “The Book of Gutsy Women.”