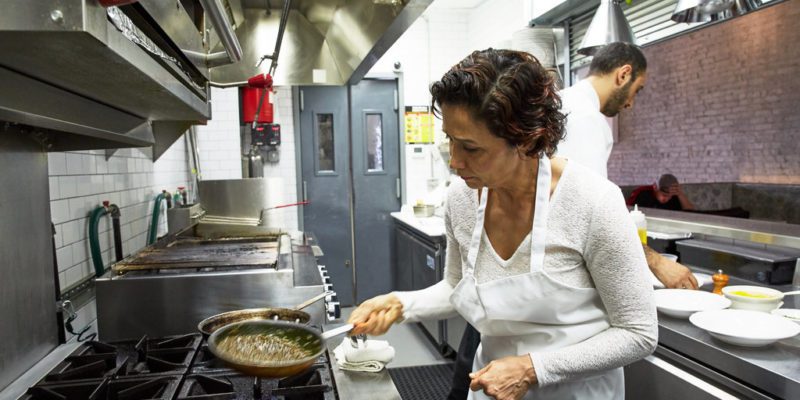 Nasim Alikhani is the owner and executive chef of Sofreh, an amazing Persian restaurant in Brooklyn, New York. The restaurant opened in 2018 to rave reviews from The New York Times, Food & Wine, Saveur and The Food Network. The restaurant is consistently booked weeks in advance.

Sofreh is Nasim’s first restaurant and she launched it at the age of 59 after nearly two decades as a stay-at-home mom. But it hasn’t been an easy road. It took Nasim and her husband Theodore seven years build the restaurant in a brownstone that they purchased and renovated.