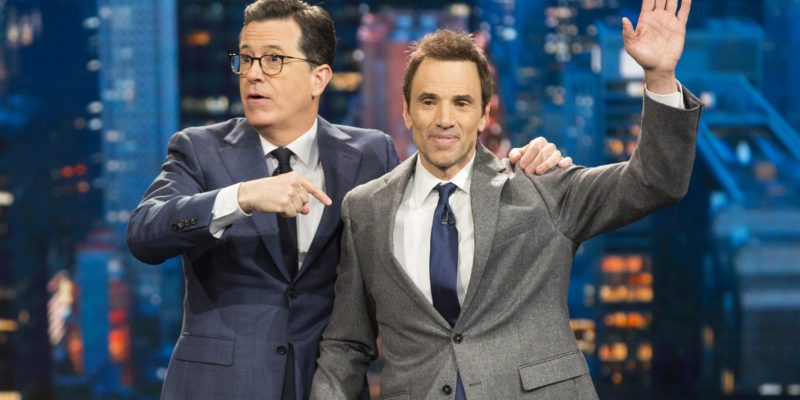 Paul Mecurio has achieved a level of success in comedy that budding comics only dream of. He’s a writer on The Late Show with Stephen Colbert; he was a founding writer on The Daily Show, for which he won Emmy and Peabody Awards; he hosted a one-man Off-Broadway show called “Permission to Speak with Paul Mecurio”; he’s hosted shows on Comedy Central and HBO; he had his own comedy special; and he’s a regular opinion contributor on “CBS Sunday Morning.”

But all this success came at an incredibly stressful cost. After graduating Georgetown Law School with high honors, Paul worked as a lawyer on Wall Street at a top-tier international law firm and as an investment banker at Credit Suisse, executing multi-billion-dollar M&A transactions for Fortune 100 companies. He was living the life everybody thinks they want, making a ton of money and enjoying the trappings that kind of success brings.

All the while, Paul was writing jokes and living a double life, working in boardrooms by day and sneaking off to comedy clubs by night to feed an insatiable need to follow his passion for comedy. A chance meeting with Jay Leno was the catalyst for what would become an incredibly gripping, angst-ridden journey filled with self-doubt, torment and tears that had Paul living on the edge of a nervous breakdown.

Hold onto your hats; this episode is a roller coaster that will inspire you to chase your dreams.