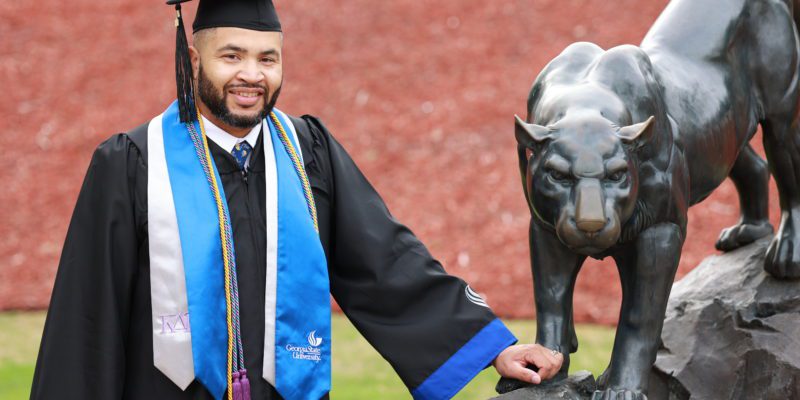 Tylan Bailey had a tough home life growing up. He had more than his fair share of adversity, which brought him to no fewer than 14 schools by the time he was ready to graduate from high school. In spite of such a profound lack of stability, Tylan created his own stable environment by focusing on his education.

23 years later, Tylan was making pretty good money as the head custodian and he had seniority, but it was time to scratch that teaching itch. With the support of his wife, he took himself back to college and earned his teaching degree. Today, Tylan still works in an elementary school, but now he’s a PE teacher and he couldn’t be happier.

Tylan’s story was featured in national headlines, and he was even invited to a Hollywood movie premiere where he befriended Dwayne “The Rock” Johnson. The dream became a reality, and Tylan Bailey is living proof that it’s never too late to find your happiness. The key, as he puts it, is to meet your blessings halfway.