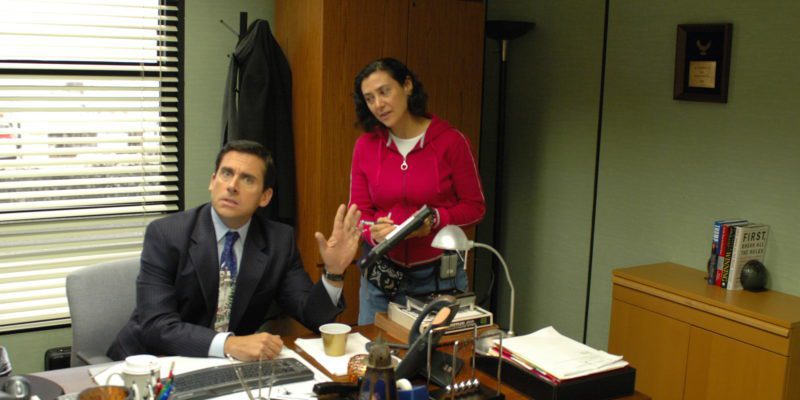 Veda Semarne grew up loving everything about education. So much so that she earned a PhD in Art History from Yale University and entered the workforce as an academic, with every intention of finding a full-time, tenure-track position and living her life in and around higher education. But after spending a few years teaching classes at institutions such as Trinity College in Hartford and C.W. Post on Long Island, she made the unusual decision to leave academia to pursue something else.

Figuring out what that something else would be took her back to a classroom, this time at the American Film Institute, where she learned about script supervising. That’s when the magic happened. Veda became a script supervisor and over the course of her career accrued 65 credits on IMDb. Most notably, soon after launching her second act career, Veda landed a job on one of the most iconic television shows in history: “The Office.” She worked on all nine seasons of the show.

Leaving academia is perhaps as unusual as reaching the greatest heights in Hollywood; Veda did them both. As you’ll find out in today’s episode, her story is an absolute inspiration.