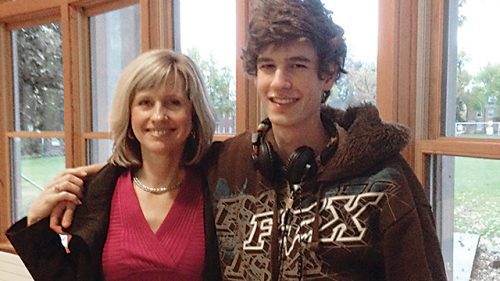 As we start the new year, we’re pleased to share the episode named the “Best Of 2021.” The episode features the amazing Anne Moss Rogers and is titled “Pain Turns To Purpose: A Suicide, A Mother’s Grief And A Second Act.” It is among the most inspiring tales we’ve shared since starting Second Act Stories in 2018.

Anne Moss Rogers was at the pinnacle of a 20-year professional career in 2010. She opened her own digital marketing agency in 2010 and the business grew quickly. By 2015 she and her partner had 9 employees and a growing roster of clients.

While her professional life was going especially well, life at home had significant problems. Her son Charles – the younger of two boys – suffered from a combination of depression and drug addiction. The problems began early in high school and escalated. At considerable expense to Anne Moss and her husband Randy, tried to help by placing him in a therapeutic boarding school followed by rehab. But on June 5, 2015 at the age of 20, Charles took his own life.